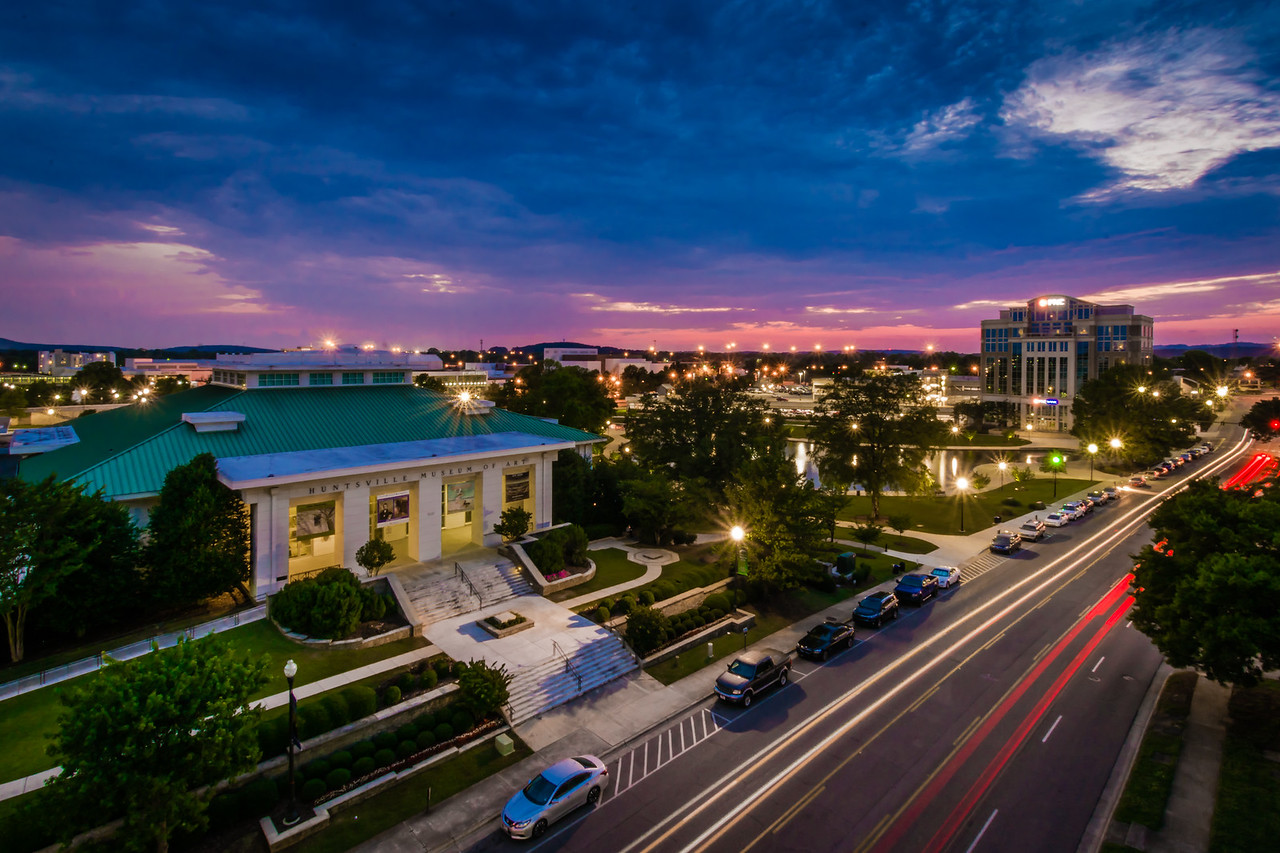 Enjoy $5 admission on Thursdays from 5 p.m. – 8 p.m. at the Huntsville Museum of Art. Explore the Museum’s latest exhibitions or visit favorites from the Museum collection during this after-hours event. Wine service has returned. Guests aged 21+ will be able to purchase a glass of wine from the Church Street Wine Shoppe for $7. Tonight’s menu features BLISS Chardonnay and Pinot Noir. At 6 p.m., Sangeetha Ekambaram and Matthew Newell will perform an exciting program from famous operas such as La Traviata, Carmen, Tosca, and La Boheme, in addition to some musical theater hits from Phantom of the Opera, Oklahoma, The King and I, South Pacific, and more. Soprano most recently performed Chrysothemis in “A Look at Elektra” (sponsored by the New York Chamber Music Festival), in the “Evolution of Ingenue” at the Metropolitan Opera Guild, Laetitia (The Old Maid and the Thief) with Opera Huntsville, and in the opening gala concert at the Amadeo Bassi Festival. She was one of ten singers selected for the final reveal concert in NYIOP’s Anonymous Audition Project. Other roles include Mimì (La Bohème) (Festival di Ostra), Pamina (Die Zauberflöte), Antonia (Les Contes d’Hoffmann), Madame Herz (Der Schauspieldirektor), 1st French Woman in the world premiere of Eleanor and the 1st Calaveras in Frida (The Society for New Music). For her performance on Pamina, the CVNC Arts Journal wrote: “Soprano Sangeetha Ekambaram lacked nothing in vocal power or beauty of line in the role of Pamina. Her voice was beautifully supported across its range and she conveyed the emotional range superbly.”

She equally enjoys performing in creative productions and collaborations, such as the role of Cinderella in Martin Warren’s The True Story of Cinderella (Opera Huntsville) and in concert with renown flamenco singer Chayito Champion in an evening of Spanish classical repertoire. In concert, collaborators include artists such as Craig Ketter, Jennifer McGuire, and Anthony Gian di Tomasso. She is currently a Resident Artist with Sparrow Live, an online streaming platform. She appears on a CD in duets by Heinrich Marschner (Centaur Records) with baritone Jeffrey Williams and pianist/conductor Jennifer McGuire, which was released in January 2021. A native of Crestview, Florida, Matthew has recently returned to Huntsville, Alabama with his wife, after living in Stuttgart, Germany for the past 3 years. He earned a Bachelor’s degree in Music Education from Stetson University in 2007 and a Master’s degree in Management from the Florida Institute of Technology in 2013 and was inducted into Delta Mu Delta, and Phi Theta Kappa Honor Society.

Matthew was an elementary school music teacher for three years in Pensacola, Florida. He has served as Music Director and Music Chairman for the Athens Ward, Madison Stake, and Stuttgart Germany International Ward of The Church of Jesus Christ of Latter-Day Saints. He has performed with the Pensacola Opera company, Opera Huntsville, the Huntsville Community Chorus Association, the Huntsville Christmas Festival Choir, and the Huntsville Patriotic Choir featuring the Army Materiel Command Band.