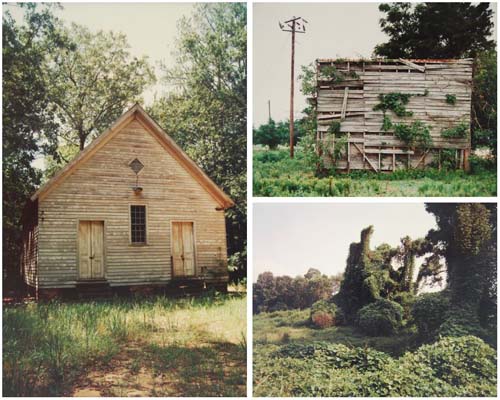 Growing up in Tuscaloosa, nationally-renowned artist and Alabama native William Christenberry spent each summer on his grandparents’ farm in rural Hale County. In 1960, he had a life-changing experience…he encountered the book Let Us Now Praise Famous Men and realized that his grandparents had known the poor sharecropper families whose lives were documented in it. Using a little Brownie camera, Christenberry took snapshots as visual references for the subjects he wanted to paint. He began using a large format camera in the late 1970s, which has enabled him, year after year, decade after decade, to record the effects of time’s passage on his beloved Black Belt region.

The Huntsville Museum of Art is fortunate to own a significant collection, donated anonymously in the 1980s, of more than 70 of Christenberry’s photographs. As a tribute to this early chronicler of Alabama, this exhibition features 33 photographs and one sculpture.